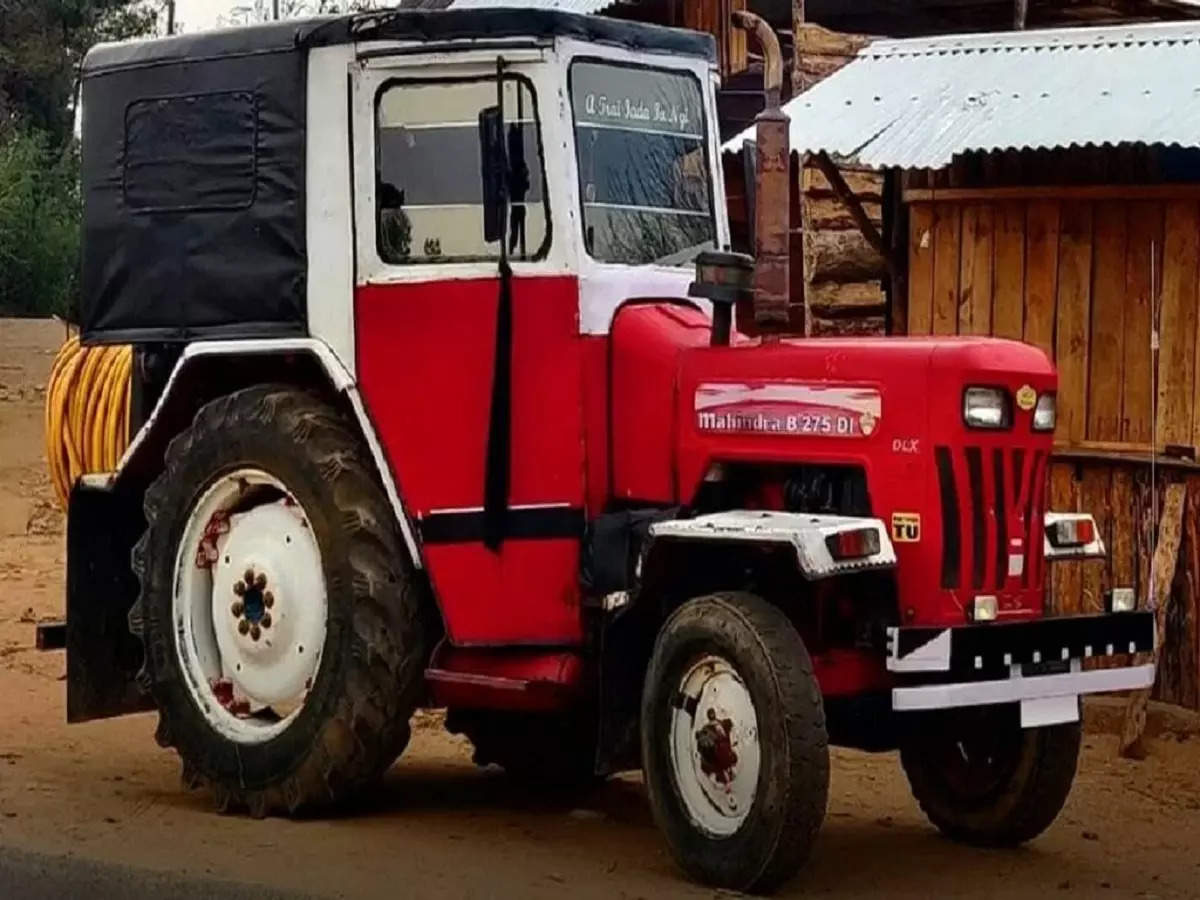 New Delhi.Anand Mahindra On Converted Tractor Into A Jeep: It is said that the world runs on jugaad and if there is a combination of jugaad with ability, then even the impossible task becomes easy. A farmer has done something similar and this farmer’s jugaad has impressed businessman Anand Mahindra. Yes, it is such a thing. Actually, a farmer named Maia Rymbai, who lives in Jowai, Meghalaya, modified his Mahindra 275 DI TU to make it exactly like a jeep and after seeing at first glance you will feel that this is Mahindra’s iconic off-roading SUV Jeep. Is.

Farmer’s DeedsMaya Rimbai modified her Mahindra tractor in such a way that it changed its look. Actually, this farmer from Meghalaya covered the entire seating area from the driving seat of the tractor to the back with a colorful body and installed gates in it. No mechanical changes have been made to this tractor, but there are a lot of cosmetic changes. According to the report of CarBlog India, the red and white painted tractor has started looking a lot like Jeep after being modified. If such changes are made in the tractor then it is really amazing to see.

Anand Mahindra said these things…Recently, Mahindra Tractors Twitter handle shared the exploits of this Meghalaya farmer, after which Anand Mahindra retweeted him and praised the farmer and said that it is quite different and like the Beast, but it is similar to Disney’s animated films. Like some lovely character. This unique effort of the farmer of Meghalaya is being appreciated a lot on social media and people are saying that in the coming time if tractors start looking like this, then people will like to buy tractors like any off-roading SUV, so that their farming can also be done. Come and take him on the streets and go out for a walk.

The wait is over! Maruti Suzuki’s new Baleno launched in...

How much monthly installment for buying a new 7 seater SUV...

How much loan and installment for buying TVS Jupiter 125 by...

New SUV Kia Carens is being launched today, see all the...